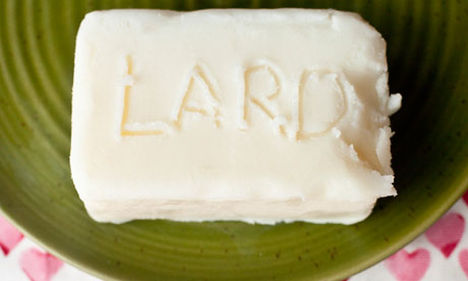 Most of us can remember the 80’s fat free frenzy that took over the aisles of all grocery stores. Everything from milk, and cheese, to cookies and chips became fat free.  We could finally get rid of that one ingredient that was making us all overweight….right?    Not so much!   Looking back at traditional diets and the health outcome of a 30 year fat free experiment, we now see the truth, that our body needs fat.  By simply  replacing fat with tons of sugar, you create long term health issues that go way beyond the scale.

Fats are a primary energy source for the body.  They play important roles in creating healthy skin, hair, metabolism, immune function and aid in the bodies ability to absorb vitamins. Yet they still have a bad rap in our “heart healthy”, low-fat obsessed diet culture. When the goal is to lean out and gain health the necessity of fat is too often overlooked.  Yet it’s a vital part of a strong body.

At Three Leaves Foods we strongly believe in the wisdom that lies within the dietary traditions of those who have come before us.  In Europe, lard has been used for thousands of years and has a deep tradition in the many rustic regional cuisines. In any culture where pigs were raised, the fat of the animal was usually considered just as important as the meat. Lard has a long history in the New World, too. This country was built on lard, the staple fat of the American frontier. Long before Americans ever heard of olive oil or vegetable shortening, there was lard. As American pioneers moved West, their pigs moved with them, clearing the land, reproducing prolifically, and providing fresh pork, hams, bacon and of course lard.   In recent generations, lard has seemed to completely disappear from home kitchens. Until the early 1900’s lard was a staple cooking fat across the globe. It was the secret to perfectly flaky pie pastry, crispy fried chicken, melt-in-your-mouth biscuits and luscious gravy. Now, when people hear the term lard, they immediately conjure up a vision of clogged arteries. It’s time to set the record straight, lard is a healthy cooking fat and deserves to make a comeback in kitchens everywhere.

Lets get clear from the start, good heathy lard starts with good healthy pork fat, fat that came from pigs raised in their natural habitat and on their natural diet, with plenty of fresh air and clean water.

Not only is lard great in pastries and in high heat cooking, but it has many health benefits too…..yes, I said health! 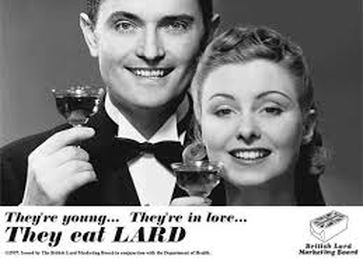 Lard is an animal fat, and it’s high in saturated fat and cholesterol. Doesn’t that mean it raises my risk for heart disease?  The pervasive myth that animal fats increase the risk of heart disease is just that a myth.  Our great-great-grandparents consumed lard and butter and experienced extremely low rates of heart disease. Lard is part of a healthy diet and will not give you heart attack.   An analysis of more than 300,000 people published in the American Journal of Clinical Nutrition shows that there is no evidence that saturated fat consumption raises the risk of heart disease.  In fact, the diseases of modern civilization including heart disease and diabetes skyrocketed as animal fats were replaced with factory fats including vegetable oils and margarine.

Like me, many of you choose to cook with coconut oil because it is a heat-stable cooking fat. Coconut oil does impart a mild-to-moderate coconut flavor to dishes, however,  while I enjoy the flavor, sometimes I want a neutral-flavored option. That’s when I choose lard.

For sautéing, roasting and pan frying, nothing beats the cooking properties of lard. It creates a divinely brown crust to vegetables and meats without a distinct flavor.  Due to the neutral flavor, it also works exceptionally well in baked goods….like brownies!

You will likely be able to find pastured lard at a reasonable price, if you purchase pastured hog fat from your local butcher and render it yourself you can save even more.

When it comes to healthy cooking fats, lard is definitely the most affordable. For example, other high quality cooking fats like coconut oil and grass-fed butter cost exponentially more. 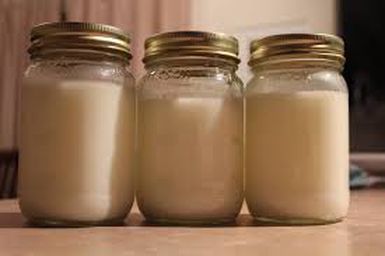 Lard is high in vitamin D

There is a catch, however: only lard from pastured hogs contains vitamin D, since the pigs must have access to sunlight to synthesize the D and store it in their fatty tissues. Grocery store tubs or sticks of lard are from confined, antibiotic-laden pigs and should be avoided. Purchase your lard from a butcher or farmer who can tell you how the pigs are raised.

Pigs are easily adaptable animals that can thrive nearly everywhere. Raising pastured hogs is a practice that produces a sustainable source of meat while improving the health of the environment. By rooting and foraging, hogs help to turn over topsoil and naturally fertilize the ground.

You know whats not sustainable? Hundreds of acres of genetically modified, pesticide-drowned, synthetic-fertilizer-laden corn used to produce corn oil.  Like the miles of Monsanto corn fields I just drove through on my motorcycle road trip from Montana to California.  Just saying……

Lard is great for baking

You may not think that lard pairs well with sweet foods, but traditionally lard was used for deep frying donuts and making flaky pie crusts. If you haven’t made a pie crust with lard, you are in for a beautiful surprise! In baked goods, lard lends tenderness and moisture without a discernible flavor. Try Substituting lard for coconut oil, vegetable oil, shortening or butter in your baking recipes.

Lard is a healthy source of cholesterol

Lard ranks #18 in foods richest in cholesterol.  Cholesterol is one of the mandatory building blocks for healthy levels of cortisol, DHEA, estrogens and testosterone.  Studies show that cholesterol consumption does not carry a cause-and-effect relationship with blood cholesterol levels. This is because the body produces almost all of the cholesterol it needs within the liver.  Providing cholesterol through good quality fats, however, reduces the burden on the body to produce cholesterol. Dietary cholesterol from whole foods like lard supports inflammation management and hormone production.

So by ditching  the franken-fats like Crisco, vegetable oil, canola oil, and margarine, and going back to the traditional fats like lard, tallow, olive oil, coconut oil, butter, and palm oil you are doing you body a true favor.  Lowering your toxic load and the oxidative stress that comes from ingesting rancid industrial seed oils in your diet.   On top of all that lard tastes so gooooood……

Three Leaves Heritage Foods creates locally sourced, nutrient dense heat-and- eat meals.  We focus on traditional methods of cooking, partner with local farmers, create menus planned by a nutritionist and executed by a trained chef.   So you can trust in the quality of your meals.  Creating less stress and more health in your busy life.  New menus weekly all free from gluten, soy, industrial seed oils, refined flours and sugars.